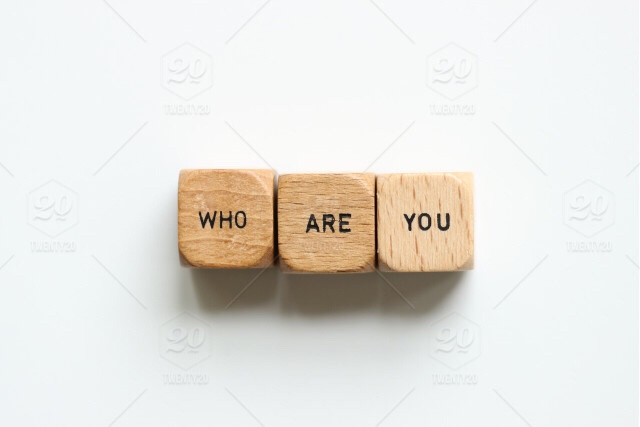 Proverbs 23:7. ‘For as he thinks in his heart, so is he’. This is what the bible says, what it means is that the way you think about yourself is what you will eventually become. So if you think you’re unloveable then you’ll become unloveable. When you think no one wants you, you will unconsciously initiate behaviour that will cause people to leave you, or not want to be with you.

So what’s the remedy?
Most problems with rejection rise from a misplaced identity.
What is identity? The dictionary describes it as ‘condition or character as to who a person or what a thing is; the qualities, beliefs, etc., that distinguish or identify a person or thing’
A child normally gets its identity from its primary care giver/parents ( most especially the father). However if the father is absent, emotionally distant or struggling with his own issues of identity then he struggles to pass on identity to the child. The child then grows up and searches for its identity elsewhere. He finds it in his performance, in his drive, in his passions. He searches for where to have a sense of belonging, because that is what identity is, it’s a sense of belonging. So they look for it in places where they shouldn’t be.

I remember a counselling session of a man who was addicted to pornography. His wife found him looking at it on his computer and he went for counselling and it was discovered that even though he had a father growing up as a child, his father was emotionally absent, and he couldn’t communicate with his father and didn’t have a close loving relationship with him. So he sought for love and intimacy in pornography and became addicted.
Like I said before we receive our identity from our fathers but if they are absent we have a Father we can look to.

God is our Father. Rejected people have a special place in Gods heart. Because Jesus was in the same position he was rejected by his people even by his own disciples. This is what He says about people who have been rejected, ‘When my mother and my father forsake me, then the Lord will take me up’ Psalm 27:10.

When you give your life to Jesus and accept Him as your personal Lord and Saviour, God becomes your Father, He accepts you into His family. Looking for identity ,validation, approval from people is futile because people will disappoint and not always be available, it’s part of human behaviour. But God says in His Word He will remain with you forever, ‘ I will never leave you or forsake you’ (Hebrews 13:5).

If you’re basing your identity and sense of belonging on your performance, you’ll be frustrated because success is not always constant and cannot always be guaranteed. But God’s love for you is always constant and you are loved always. God’s love is not based on your performance but on who you are – His child. You don’t need to search and look for acceptance, for belonging, because you’ve been accepted and belong in God’s family. His word says, ‘…He made us accepted in the Beloved’. The opposite of rejection is acceptance. It stands to good reason that the remedy for rejection is acceptance. Well, God has accepted you! People may have caused you to feel rejected, but God wants to assure you that you are accepted by Him.
He has also promised to be a Father to you ( 2 Corinthians 6:18). Where earthly parents have neglected or failed in their responsibility, He can be trusted to be a true father.

Forgiving and Letting go
Next step is forgiving and letting go of those who have hurt you. Forgiving of past abuse is not easy because we can’t forget what has happened, but holding on to past hurts, damages you in the long run, because it turns to bitterness and depression.

Changing your mindset.
The next thing you need to do is change your thinking to what God thinks of you. There’s a lot of things that God has said about his children in the bible. As I mentioned earlier, it starts with a seed that’s been sown; a thought or lie that’s been implanted in our mind that’s given fruit to present damaging behaviour. So replace those thoughts wth godly positive thoughts about yourself. It’s called renewing your mind. Change your old mindset to a new mindset. It is possible.
The Bible says,’You are fearfully and wonderfully made’. God says that you are wonderful!
You have been made in the image and likeness of God. And God said it was very good (i.e. what He created) Genesis 1:26, 31.
‘I have loved you with an everlasting love; therefore with loving kindness I have drawn you’ (Jeremiah 31:3).

Replacing negative thoughts with positive words.
From ‘ I am unwanted, unloveable’ to ‘ I am loved by God and the apple of His eyes’
From ‘Everybody will leave me’, to ‘He will never leave me or forsake me’
From ‘I will never achieve anything’ to ‘ I can do all things with Christ who strengthens me’.
From ‘I am a failure’ to ‘I am more than a conqueror’.
From ‘Everyone hates me’ to ‘God is for me who can be against me’.
From ‘I am a loser’, to ‘I am a winner, I am on the winning team; God’s team’.
Filling your heart with positive words, inspirational words and confessing them to yourself daily will help to overcome rejection issues.

Surrounding yourself with good people who know you and know what you’re going through and are willing to help you overcome helps immensely. Especially people who will help you to move forward and stop you from reverting back to old patterns of negative behaviour. Could be a counsellor, mentor, support groups, or your spiritual leader or pastor.

This site uses Akismet to reduce spam. Learn how your comment data is processed.